The stories listed on this page have been nominated by you, Gentle Readers, and we are just thrilled that you liked each of them enough to do so!  Thank you so much for your support...it means the world to us!

(Nominations are listed from the most recent to the oldest.) 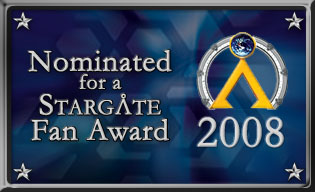 Whispers From the Past...Robin K.

2008 Skiffy Nominations (round one)